OK I haven't done a collection post for AGES. I originally planned to do them weekly.. ahem. 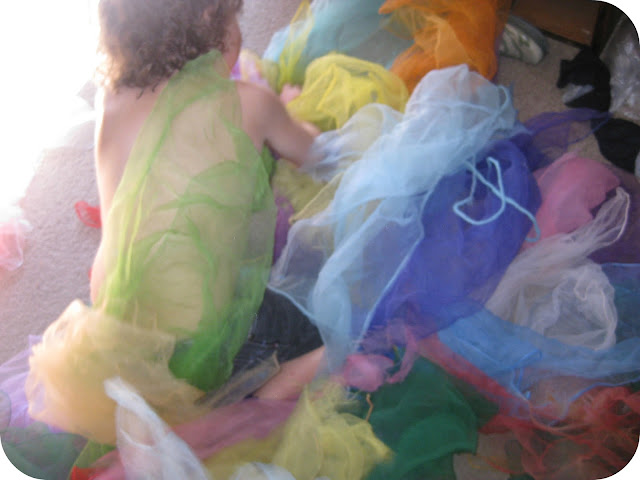 This is a weird one, but one of my favourite collections ever!
It is also the thing I have collected most solidly, for the longest time..

My Mum had a drawer fall of these scarves when I was a kid, and I found them so intriguing and irresistible.. The colours were mind blowing to my young mind. When I turned 7 she made me a Rainbow Queen dress up using the scarves in the skirt..

Anyway.. Whenever I see these scarves, since I was a teenager, I buy them. They used to be very easy to find, but are a bit more scarce now. They never cost much, so I was able to get a huge collection early on!

* I have used them as dress ups and play things.

* They of course can be knotted round necks a la Grease or as belts..
* They can be used for magic tricks and dancing sessions...
* they're great at kids' parties in the decorations etc ..

The possibilities are endless! 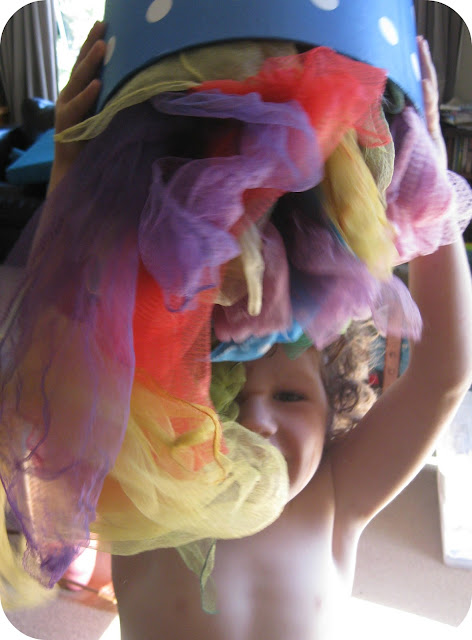 And now for something entirely different..

You can check out my other COLLECTION posts by clicking on the tag on the right..
Might link this up to Her Library Adventures.. as this collection, like all my others is all op-shopped/garage-saled etc!!
Posted by OP SHOP MAMA at 00:23 13 comments:

Email ThisBlogThis!Share to TwitterShare to FacebookShare to Pinterest
Labels: AT HOME, collection, My Kids

Some time in February the Hamilton Operatic Society had a Costume Sale.
As a member and friend for many years I, of course, put my hand up to help out..

It was well advertised, and to my knowledge the first time either of the local rep. societies have had a costume sale..

Well it seems there has been a GAP in the MARKET!
It started early in the morning. There was a HUGE crowd gathered behind an invisible line.. and 40 mins after opening it was practically SOLD OUT!
It was an awesome spectacle, I must say! 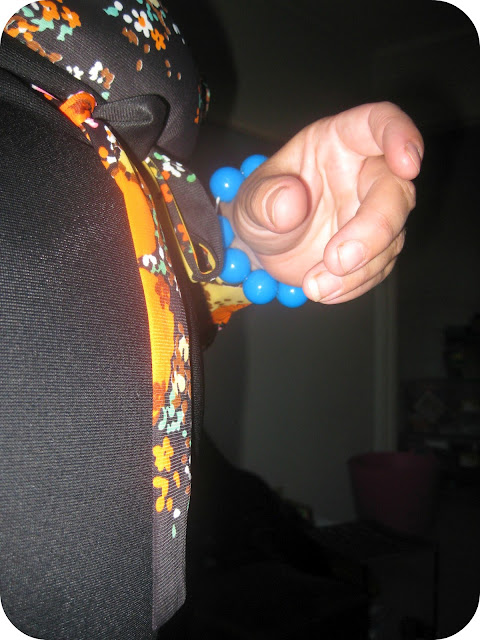 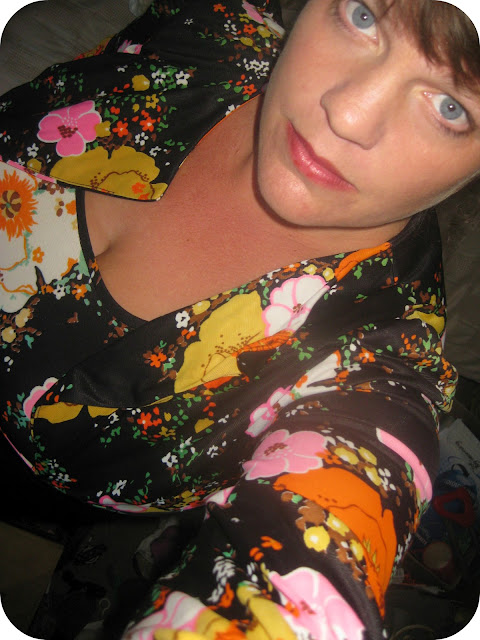 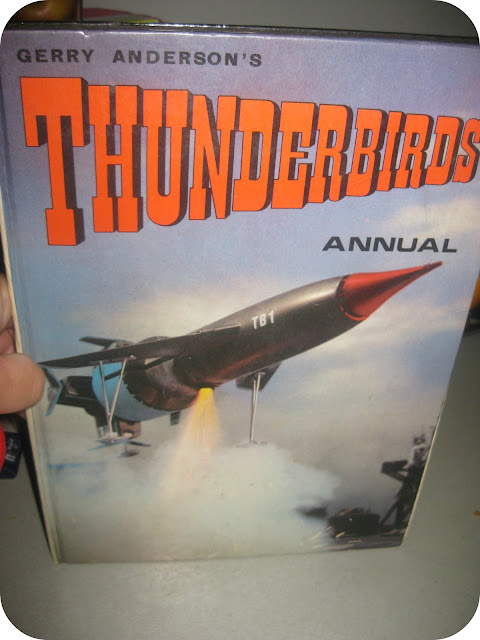 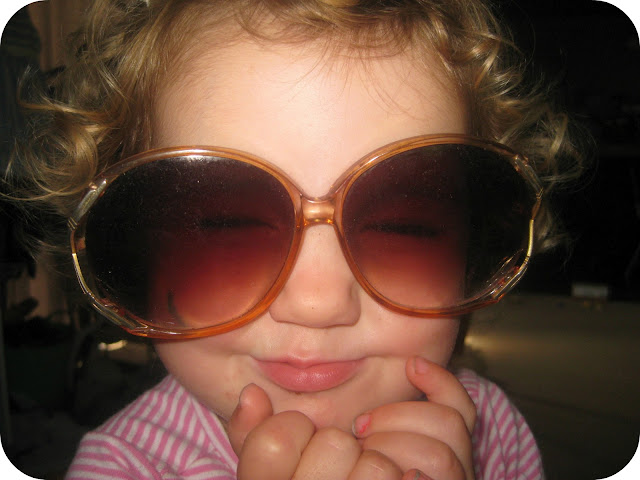 Interesting to hear people's hair-going-straight etc  stories after my last post.
For the record - my hair didn't go dead straight.
It still has a wave and I can make it go curly if I work at it..

Linking up to Her Library Adventures.. go over there and check out what else has been scored in the thrifting world this week!
Posted by OP SHOP MAMA at 00:35 17 comments:

I've joined the Versatile Bloggers ranks thanks to the lovely Libby from Truly Myrtle. (If you want to see a FANTASTIC styley crafty mama's blog, go and check her out! Plus I know her in real life and she's as cool as her blog..) 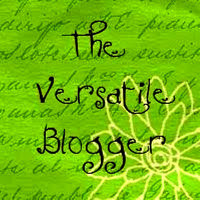 I don't know quite what the versatile thing means.. I think I should win a Collector of Crap award or an award for Most Chaotic Blogger.

Anyway, if you didn't already know,
The rules of this award are as follows:
* list seven things about yourself,

* let the person who you have awarded know you have nominated them,
* nominate 15 other blogs, and
* list this set of rules.

SEVEN RANDOM THINGS ABOUT ME
I might have mentioned some of these in passing. i am trying to think of things that you may not already know about me..

I am going to try and make these interesting. And I'll add a pic or 2 if I can find one that illustrates my random points.

2. I always had curly hair. Like really curly. When I had an operation in 1988 my hair went straight! Random. That was when curly hair was cool, so my Mum, feeling sorry for me, took me to the hairdresser (first time ever!) for a perm.

Now I have one curl that persists, especially on rainy days. It's on the top of my head and is quite unruly at times. It makes me laugh sometimes because it sticks up. But it never goes away, even though I can disguise it at times.

3. I have shockingly unhealthy teeth. I am onto my 3rd root canal in 10 years. (They can't finish it until after the baby is born, as they need to x-ray) It all came about when i started having babies. There's an old midwives tale: "A baby, a tooth" so I guess that's right in my case. I pretty much vomit regularly throughout the pregnancies and I believe the enamel has been stripped off my poor pegs. The expense is the worst part of it.

4. This one is a bit of a snigger. I was a cover girl once.  NZ Hot Rod magazine. An embarrassing poodle-esque hairdo. 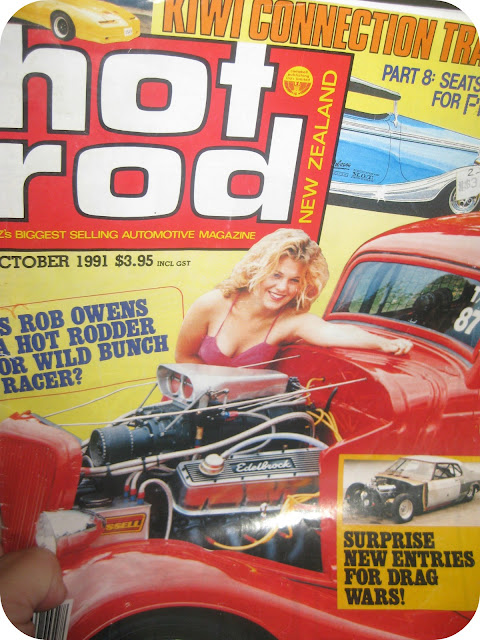 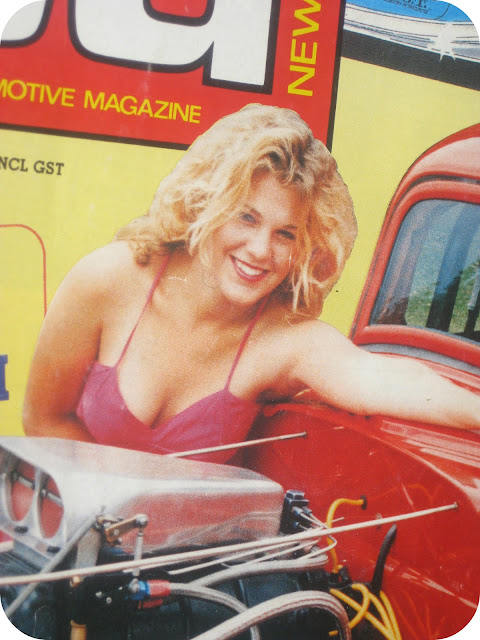 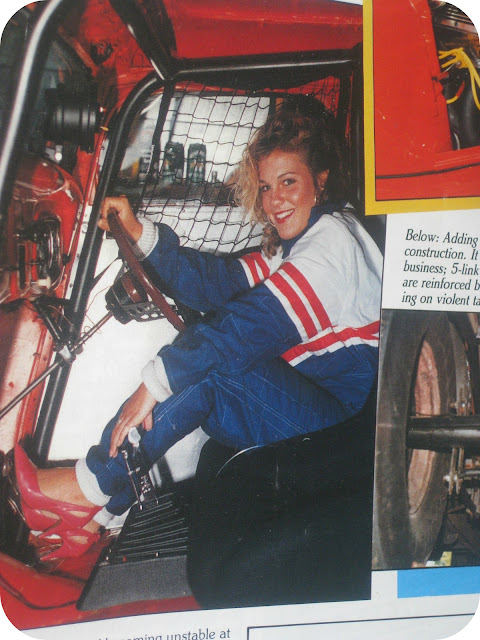 5. Although I love second hand stuff, and most of what I own is from an op shop or garage sale, I draw the line at 2 things. I will never buy a second hand refrigerator or a second hand mattress. And I would say undies too, but then I had to concede that I have bought bras and spencer-y things in the past with no issues.

6. I am the world's worst housekeeper. I used to be quite good, before I had kids. But now, my priorities have changed. And there are too few hours in the day, and too much to do!
Thankfully, I don't have a picture to illustrate this one. I'll just say that I am often living in CHAOS (Can't HAve Anyone Over Syndrome)

7. I don't drink alcohol. I used to. Quite often. Randomly, I begun to have allergic reactions to it. And they were unpleasant. Like my face going bright red and my breathing speeding up and my throat feeling like it was swelling up.  Usually only after a sip or 2.
Occasionally I have a try at drinking again.. and sometimes there is no reaction at all. But generally I can't be bothered risking it.

So as a result I am a 2-pot-screamer. A cheap drunk.

And so here's the tricky bit - trying to pass the award on. I can't find anyone who doesn't have it. Sorry. Don't mean to cop out or break the rules. This blog award has been around for a while, so most people already have it I think.
Maybe if you're reading this and you'd like a little bloggy love, let me know and I'll pass it to ya all official-like!

I'll put you all out of your misery now!
End of post!

Top o' the Weekend to ya!

This was Friday's frock. I bought it last week. As usual, I'm having trouble fitting myself into it.
So not the most flattering, but a really beautiful dress. 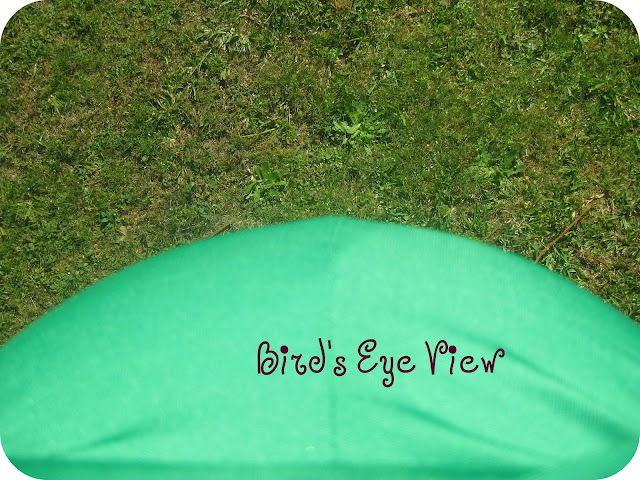 Here are a few things I've found on recent op shop trips, during the last week...